To summarize: Good stuff!  If you are looking for storage appliance software, try Nexenta first. Maybe you’ll luck out and Nexenta will like your hardware. If not, run Openfiler.

The Nexenta Community Edition is free to use. They do make you register it. That’s a bit of a hassle, especially if you fat-finger the key (“Is that an I or a 1?”)

The Nexenta load is no harder than, and arguably easier, than loading Openfiler.

I’m working on a step by step how-to for loading Nexenta. 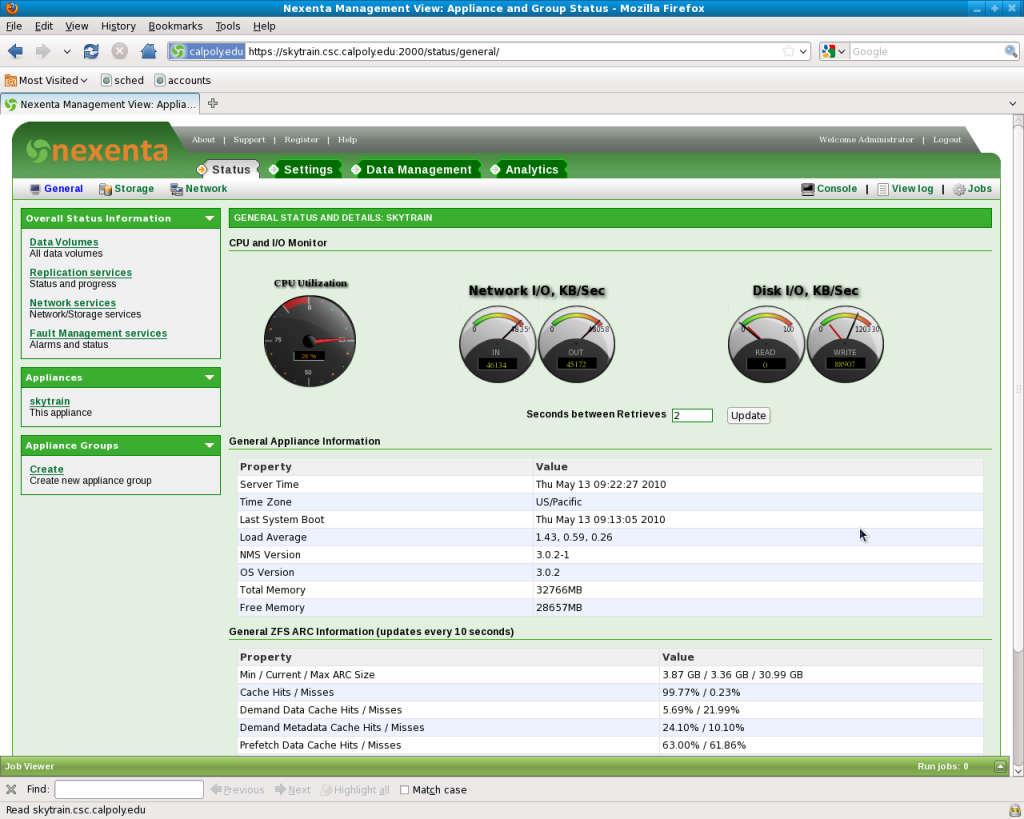