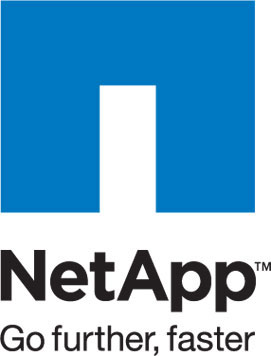 I have used a lot of different storage systems from a lot of different vendors.  Typically I prefer fibre channel based storage area networks for their block I/O and high performance.  I never paid much attention to NetApp, since they traditionally did Network Attached Storage (NAS).    Recently I started working in a NetApp shop, and our filers do a little bit of everything, Fibre Channel Protocol (FCP), iSCSI, and NFS.  I’m getting to like my NetApp filers.  One feature I particularly like is that all NetApp filers, small or large, run one common operating system, Data ONTAP.  Unlike most vendors, the NetApp product line is *NOT* cobbled together from various incompatible acquisitions  (e.g.  Dell is not Clariion, is not EMC…)  Once you learn ONTAP, you can work on pretty much anything NetApp.  One of the large “hidden” costs of implementing a storage area network (SAN) are the people costs.  Specialized SAN equipment takes people with specialized training, and having one common operating system makes for considerable savings.  Read on for more on Data ONTAP…

( Some of these links are from IBM.  IBM resells NetApp as “N series”, and IBM often writes better publicly accessible documentation on Data ONTAP than NetApp does.  See Data ONTAP Release Model and Introduction to Data ONTAP.)

NetApp released Data ONTAP 8.0 in 2009.  It was more or less a complete rewrite of the Data ONTAP code base plus new features.  The compelling reason for customers to go to Data ONTAP 8.0 is that it supports large aggregates.  A Data ONTAP “aggregate” is a logical grouping of disks.  In Data ONTAP 7G, aggregates are 32 bit, and can only hold 16TB of data.  With 1GB and 2GB SATA drives becoming available, being limited to 16TB maximum aggregate size is a serious shortcoming.  The usual way of compensating for SATA slowness is “lots of spindles”, i.e. running lots of drives together in one group.  Data ONTAP 7G doesn’t allow you to do this with the larger drives.  Data ONTAP 8.0 supports 64 bit aggregates of up to 100TB in size.  It also supports numerous other features, notably DataMotion.  DataMotion allows you to move LUNs (block level targets for iSCSI or FCP) between aggregates *WHILE IN USE*.  So for customers that need to do some serious housecleaning (moving LUNs around), DataMotion is a significant feature.

The latest maintenance release of Data ONTAP 8.0 is 8.0.1, which went to general availability (GA) in January 2011.  As with most maintenance releases, it was a relatively minor release.  It had a number of bug fixes in it, as well as some new features.  (Notably it incorporated support for VMware “vStorage API for Array Integration” or VAAI.  For VMware customers, VAAI offers substantial advantages.  VMware ESX hosts can offload storage operations to their arrays, saving ESX host cycles.  Operations like clone or copy can be 10X faster.)

In my recent Data ONTAP class there were 14 students.  Almost all of them were running some version of 8.  The ones that weren’t were getting ready to.  Official NetApp training curriculum, course materials and offerings from authorized training providers are only available for Data ONTAP 8.  They no longer offer books or training on Data ONTAP 7G.  Data ONTAP 8.0 will be the basis of future versions of ONTAP that offer significant new features.  Make plans to update now.

The next major release of Data ONTAP 8 is 8.1.  We should see the first release candidate in the next few months.  My instructor said she was told it would be GA by the end of the year.

In 2003, NetApp acquired Spinnaker Networks, who made appliances running SpinFS, a distributed file system.   Subsequently, NetApp made separate clustered versions of Data ONTAP that were based on SpinFS and had little to do with “real” Data ONTAP.  These include Data ONTAP 7GX (“X” = cluster) and Data ONTAP 8 cluster-mode.  Cluster-mode only supports NAS protocols (NFS, CIFS), it doesn’t do block level protocols (iSCSI, FCP).  People running Cluster-Mode are typically doing lots of file shares or home directories across geographically dispersed filers., and is commonly used in high performance computing clusters.

Customers have to decide at install time if they are going to run 7-mode or cluster-mode.  They are 2 completely different install images.  There is no “converting” between 7-mode and cluster-mode, you have to do a complete re-install and copy all data.