I’m located in a fairly rural area, far away from our friendly local NetApp service engineer.  I recently had some hardware issues with a FAS 3140 storage system.  After opening a ticket on NetApp’s support site, and trying various things to get it working, NetApp suggested that we replace the motherboard.  They gave me the option of doing it myself.  I like doing things like this, so I said sure.  Read more for a discussion of how it went…

It’s actually pretty easy.  This is not a highly available (HA) configuration, it has a single controller.  Thankfully it was not in use yet, so I could just turn it off and do the swap.  If you had a HA cluster, you could issue a ‘cf takeover’ command on the good head, which would gracefully take over from the bad head (the surviving head would do the work of both) and do the service.  When you are done, you do a giveback.  In my case though (no HA) I just had to turn the filer off and do the swap.

First off, NetApp sent me the documentation on this.  They make good docs. 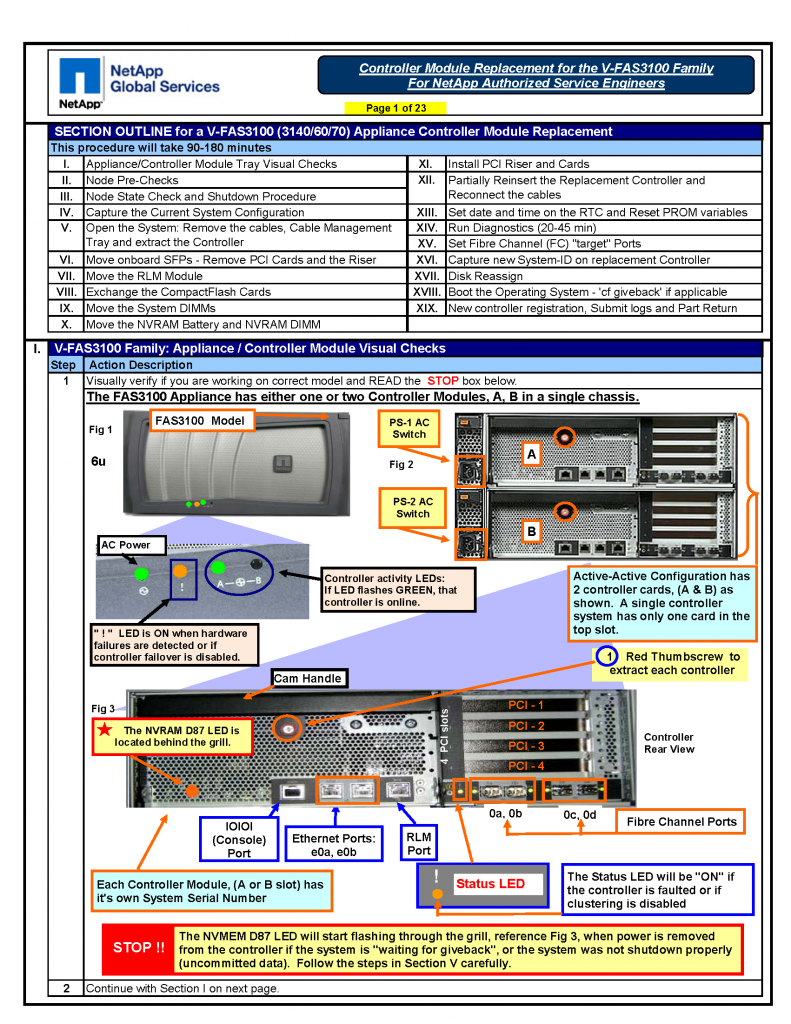 Since in my case, I have the simplest case (no HA), I just had to turn it off, take it out of the rack, and set it side by side with the good system they sent.  They sent an entire replacement system, so all I needed to do was swap the various accessories over from the bad one to the good one.  This included the NVRAM, NVRAM battery, RLM, DIMMS, CF card, etc.  Make sure you move them all, it’s easy to miss the CF card or NVRAM, they are sort of hidden up inside the case.  One thing I failed to see in the doc was to make sure to make sure to move the NVRAM battery *BEFORE* you move the NVRAM DIMM.  If you are carefully following the doc, you won’t miss this.  (It didn’t seem to matter, whew…)

That’s it.  I put the replacement back in the rack, turned it on, and it all worked fine.

You probably should have your NetApp engineer do this, but it really wasn’t so hard.