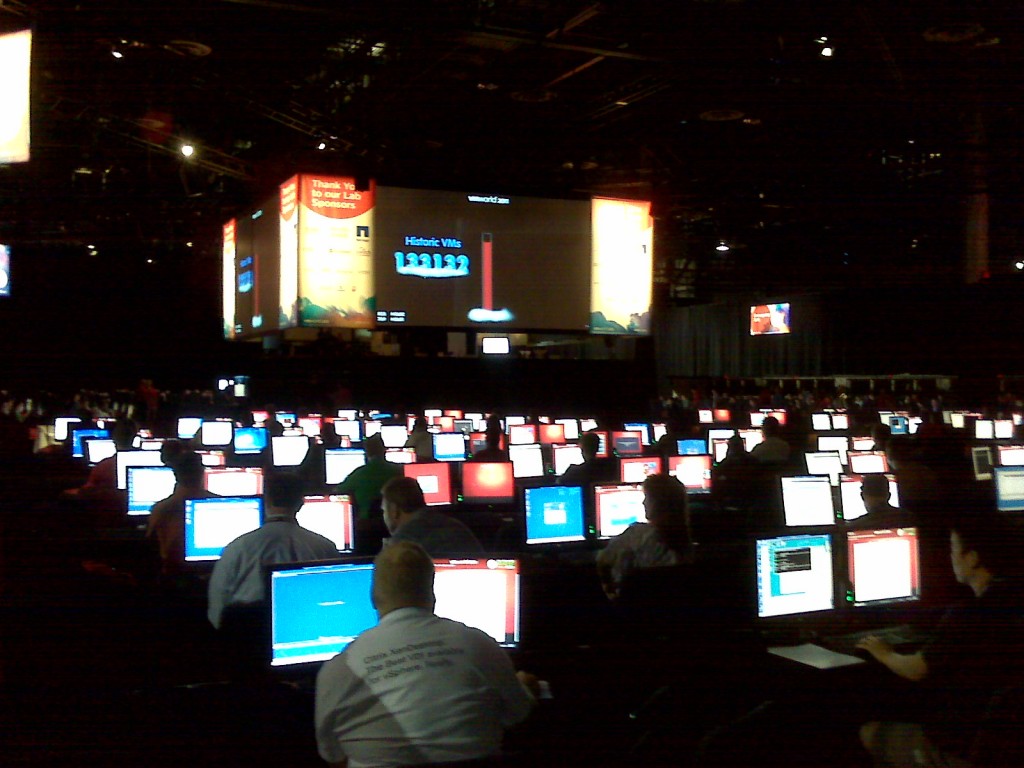 VMworld is famous for having good labs, VMworld 2011 was no exception.  They operated a 500 seat lab 12 hours a day, with a selection of almost 30 different live labs with hands on instruction in installing and using ESXi, Nexus, Site Recovery Manager, and bunch of other products. 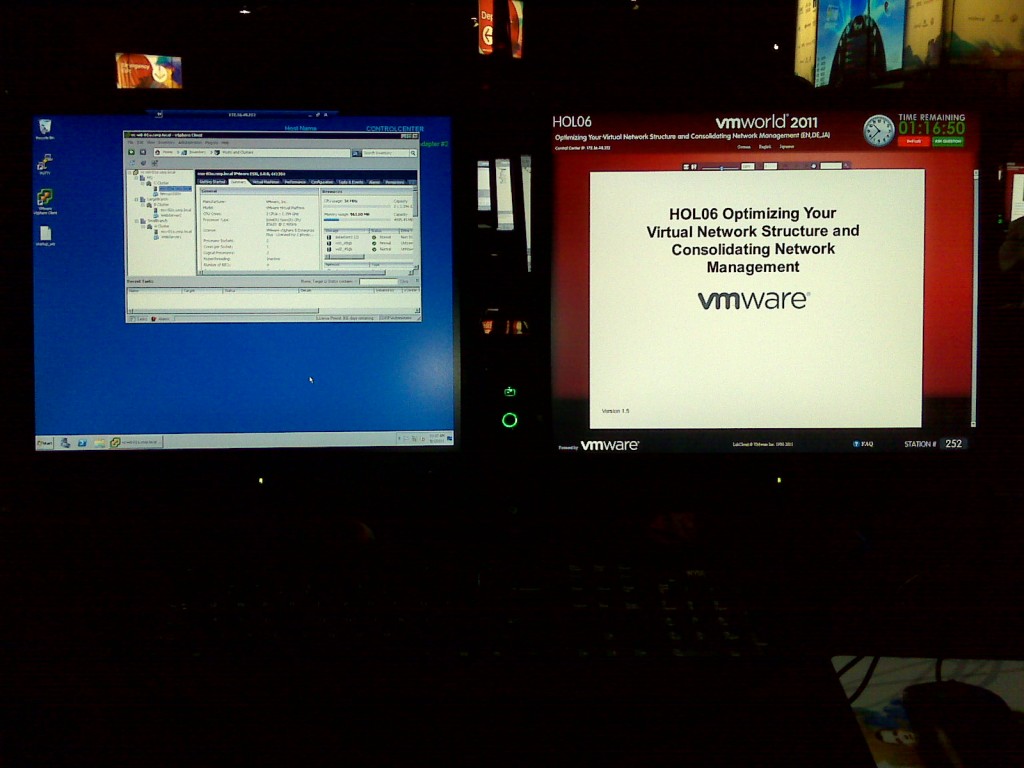 The labs were all operating from VM’s hosted by off site Cloud providers, 2 in the US and one in Europe.  So there was no hardware at VM world operating the labs. 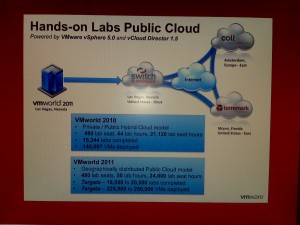 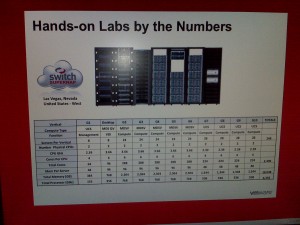 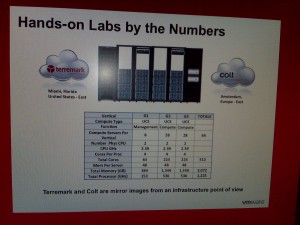 The center of the room had a large pedestal with 60″ flatscreens on all sides displaying various status screens.  The status displays would rotate between various views.  My favorite was the aquarium display, which would show a number of large fishes (virtual datacenters) being followed by schools of smaller fish (VMs hosted in that datacenter).  There was “egg bed” where eggs would appear (VMs slated to start) and then the eggs would hatch (VMs started) and then the little fish would swim off and join their school (virtual datacenter). 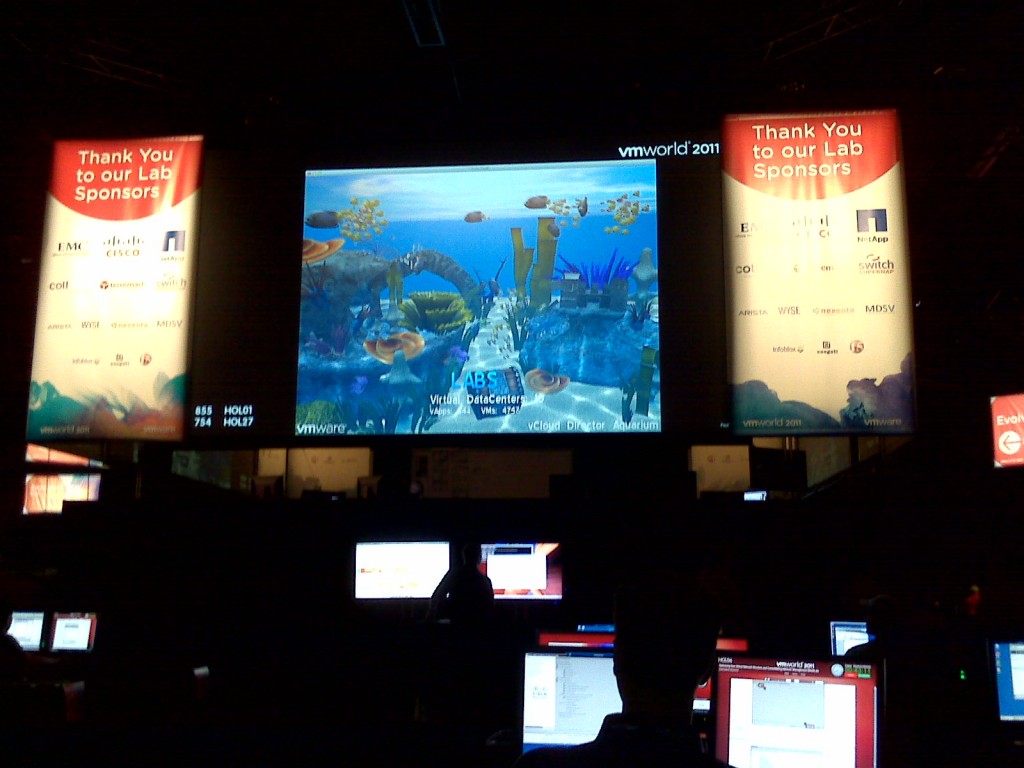 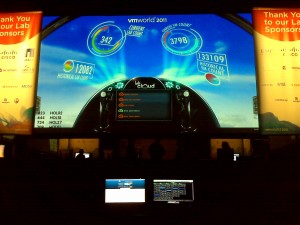 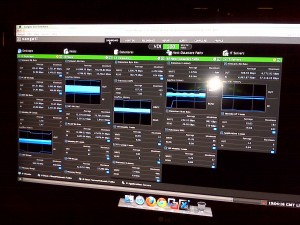 Of course, there were sessions as well.  Here’s Scott Lowe teaching vSphere Design. 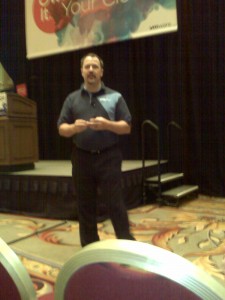 We did get away from the show a bit, saw a mermaid in the pool, and a silly dog. 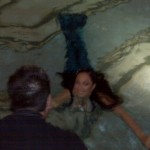 One afternoon, we went out to The Gun Store and burned some ammo!  I shot  MP40, SAW, and MP5. 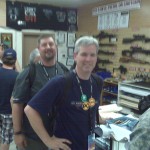 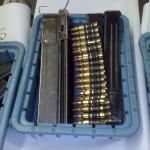